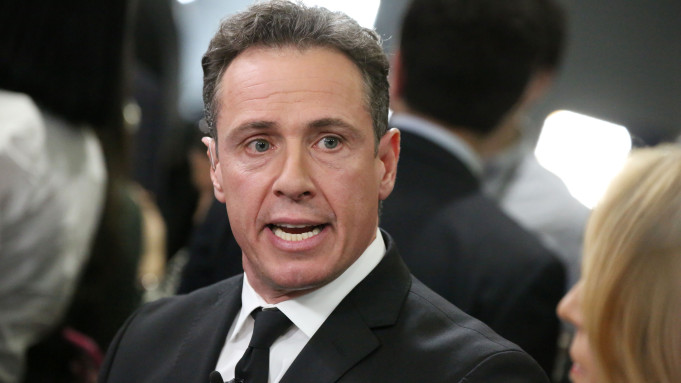 CNN’s Chris Cuomo has been called out for the “COVID hypocrite” he is by his fellow commentators at Fox News.

An angry Cuomo claimed Florida Gov. Ron DeSantis was among Republicans holding vaccinated people “hostage” — sparking criticism from conservatives who accused the CNN anchor of being a COVID-19 hypocrite.

The “journalist” made the comments in a rambling question to a guest on a recent “Prime Time” broadcast, saying, “The question becomes, as a policy perspective, is how long do you allow the majority of this country, Republicans, Democrats, independents, south, north, the majority of every group and demographic we have, have gotten vaccinated, how long do you allow them to be held hostage in states, let’s say, like Florida, where you have the governor saying, ‘Yeah, I know it’s breaking out, I’m going the other way, don’t Fauci my Florida, no mask mandates, I’ll let the parents decide.’”

But, Fox News contributor Joe Concha said Cuomo has no right to be making those kinds, or any such comments on COVID-19-related matters, given his own behavior and that of his brother, New York Gov. Andrew Cuomo.

“Chris Cuomo should recuse himself from commenting on any other governor’s actions as it pertains to COVID,” Concha reportedly said. “This is the same guy who got tested before anyone in New York could in the early stage of the pandemic, thanks to his brother. The same guy who broke his own quarantine while he was shedding the virus.”

Concha also accused the primetime CNN host — who reportedly advised his governor brother on how to respond to the sexual harassment and assault allegations levied against him — of being an “activist” and not a journalist.

“Chris Cuomo proceeded to advise him on how to beat those allegations, proving he’s not an anchor, but an activist,” Concha told Fox News. “Take his opinion with a fraction of a grain of salt.”

There have been many others (including this reporter) who have also accused Cuomo of not always exhibiting aboveboard journalism ethics.

Nicholas Fondacaro of the Media Research Center responded, “You lied about quarantine, peddled lies about DeSantis hiding data to make your brother look good, and tried to cover up your brother killing nursing home residents.”

The latest firestorm came in June when social media users blasted the “Cuomo Prime Time” host when he asked on Twitter for examples of him ignoring facts that don’t fit his worldview.

What do you think? Should Chris Cuomo recuse himself from any reporting on the COVID crisis due to his connection with his brother?