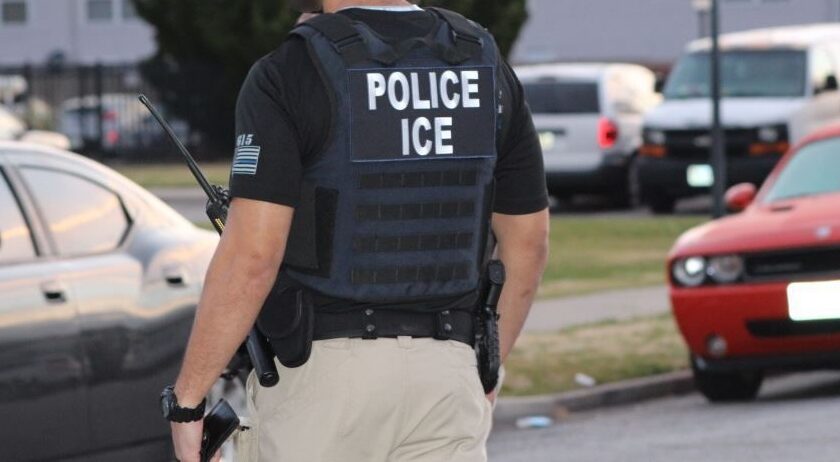 Judge Drew Tipton ruled on Thursday that Biden violated earlier decisions made by U.S. Congress with his attempts to narrow the categories of illegal immigrants that can be arrested by ICE.

U.S. District Judge Drew Tipton, in Corpus Christi, Texas, ruled that the February guidance from the U.S. Immigration and Customs Enforcement (ICE) agency violated a federal law requiring that the government “shall detain” people who commit certain crimes or are otherwise deemed eligible for deportation.

“Put simply. The Government has instructed federal officials that ‘shall detain’ certain aliens means ‘may detain’ when it unambiguously means must detain,” Tipton wrote.

ICE did not immediately respond to a request for comment.

The judge also said Louisiana and Texas would likely succeed with their lawsuit against Biden, saying he also violated the Administrative Procedures Act. The Republican attorneys general of Texas and Louisiana in an April lawsuit said dozens of convicted criminals had been released into their communities as a result of the Biden administration’s guidance, placing burdens on local law enforcement and social service programs.

The judge’s ruling blocked ICE from enforcing the guidance pending the outcome of the lawsuit.

Tipton, a Trump judicial appointee, in January blocked the Biden administration’s 100-day moratorium on deportations. In a decision last week, Tipton also ordered the administration to reinstate a Trump-era policy requiring that asylum applicants be sent to Mexico to await legal proceedings.

Biden previously ordered ICE to focus on deportations of criminal immigrants and those who crossed after November of 2020. “By focusing our limited resources on cases that present threats to national security, border security, and public safety, our agency will more ably and effectively execute its law enforcement mission,” said ICE Acting Director Tae Johnson in a previous statement.

“Like every law enforcement agency at the local, state, and federal level, we must prioritize our efforts to achieve the greatest security and safety impact.”

However, the latest court ruling reverses that policy, putting all illegal immigrants up for eventual removal.

Sheriff Ed Gonzales called the drop was concerning. “In my experience, I would like to see more data to see what other factors may have played into that to better understand the numbers,” said Gonzales.

“It is concerning, so I would make sure, again, that if we’re being strategic and we’re prioritizing properly that we could go after those individuals that pose the greatest threat to our communities.”