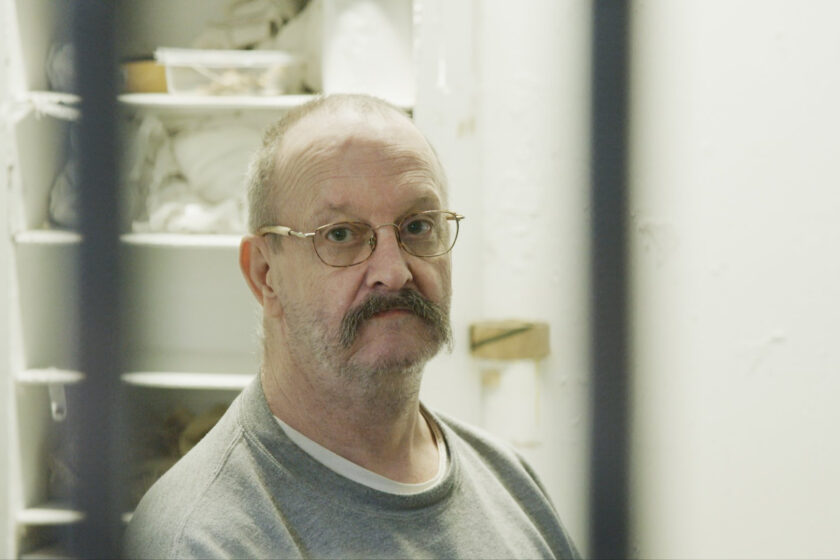 The shocking truth of the truly grizzly nature of the crimes of serial killer William Clyde Gibson was revealed when the dismembered breasts of one of his victims were found in the glove compartment of his car!

The discovery of the body of Christine Whitis lead to Gibson’s arrest and to the bodies of his other victims, but authorities say her murder was his most brutal and depraved. Gibson allegedly cut off Whitis’ breasts and sexually assaulted the 75-year-old He then took one of her breasts as a “souvenir,” which was later found in the glove compartment of his car.

During his 2012 trial, Detective Carrie East with the New Albany Police Department told judge Susan Orth in a closed hearing that “Ms. Whitis was found in a partially disrobed state, face down. Her shirt was off her body on the arm, hanging off the right arm. Her pants were down around her ankles, and her bra was unclasped but still on the body.”

She also told the judge their first thought was that Gibson broke her back, testifying that, “Initially when we observed the body, her body, the legs were in an unusual position, just up and over to the left. As we were observing her, the back appeared to be it appeared to be broken; it was unusual to us where the body was and how the legs were.”

In a video played for jurors, Gibson said that his initial thought wasn’t to kill Whitis, who was an old family friend and frequent babysitter to Gibson when he was a child “it was just to have sex with her.”

He told Det. East that he considered her a friend. “We’d just talk. I’d always tell her that she was my girlfriend, and she’d tell me ‘I’m old enough to be your mother,’ “

After the discovery of Whitis’ brutal murder, Gibson was later charged with killing two other women, Stephanie Kirk and Karen Hodella.

Investigators said that Gibson also sexually assaulted Kirk. Police say while he admitted to using his hands to strangle the 35-year-old mother and told them he did it for pleasure, he told them to search for her body in two incorrect locations before leading them to his own backyard, where her body was dug up along with her cell phone.

Det. East did say that he led them directly to the location where Karen Hodella’s body was found in 2003, telling them he stabbed her. East testified that “He has a knife tattooed on his right lower arm. It’s a tattoo of a knife and the date of 10-10-02. I asked him if he tattooed that on there the day he killed Karen Hodella. He said yes.” It’s also the same date as his birthday.

Sentencing and an Appeal to the Supreme Court

Given the brutality of his crimes, prosecutors sought the death penalty for Gibson. He was sentenced to a 65-year prison sentence for murdering Karen Hodella and received a death sentence in 2013 for the Whitis murder and in 2014 in the Kirk murder.

In 2019 defense attorneys tried to overturn his conviction. They took their appeal to the Indianapolis Supreme Court, alleging that before and during the murder trials, his attorney was ineffective, which led to harmful self-incriminating statements, unreasonable delay in assembling a defense team, and failure to challenge certain evidence presented by the state as false, prejudicial, misleading or unreliable.

However, the Court upheld the convictions, saying that it found the arguments “unpersuasive and largely unsupported by the record,” and agreed with a lower court’s ruling to uphold the convictions.