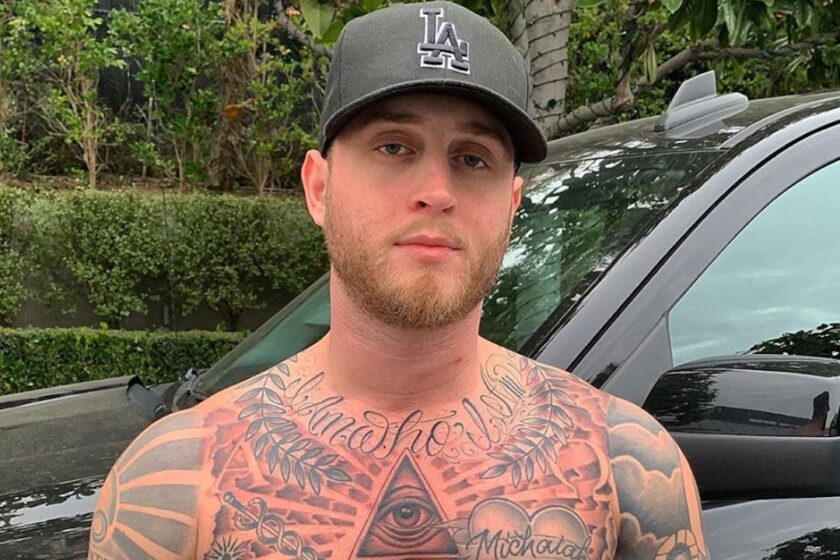 Actor Tom Hanks and his wife Rita Wilson are the darlings of the left-wing. Their son, however, rap artist Chet Hanks, is literally something that is quite the opposite.

Instead of following in his famed parents’ footsteps in support of liberal causes and left-wing narratives, Chet’s feet a planted firmly on the right, and he is a rabid antivaxxer!

Chet has insisted there’s “more evidence for UFOS being real” than the coronavirus vaccine “being healthy” for people.

The 31-year-old musician – whose famous parents were among the first high-profile people to contract the virus in March 2020 – came under fire recently after saying he won’t have the jab, and he’s now defended his stance, arguing there is no need to “tamper” with his immune system.

“Let’s be real, 99% of you motherf****** wouldn’t use a shampoo that’s not FDA approved, but you’re willing to get some experimental government injection. OK, there’s more evidence for UFOs being real than that vaccine being healthy for you.”

A few days after that, Chet posted another video that initially seemed to urge his followers to be vaccinated before yelling “Psych” and swiftly changing his stance.

He said, “I’ve been on the fence about this for a while, that’s why I never spoke on it, but with the amount of people I know recently that have gotten COVID, and with the numbers rising, I think it’s important for me to say I got the vaccine, I think everybody should.”

“It’s really important that we all do this. I suggest to all my followers, you guys, set an appointment and get the vaccine first thing – PSYCH!”

Chet went on to brand the virus the “mother****ing flu,” told Americans to “get over it,” and suggested those who are at high risk should simply “stay inside” so others can get on with leading a normal life.

He said, “Why are we working around ya’ll? If you’re in danger, stay your ass inside. I’m tired of wearing a mother****king mask.”

Tom and Rita must be so motherf****ing proud of their little boy!