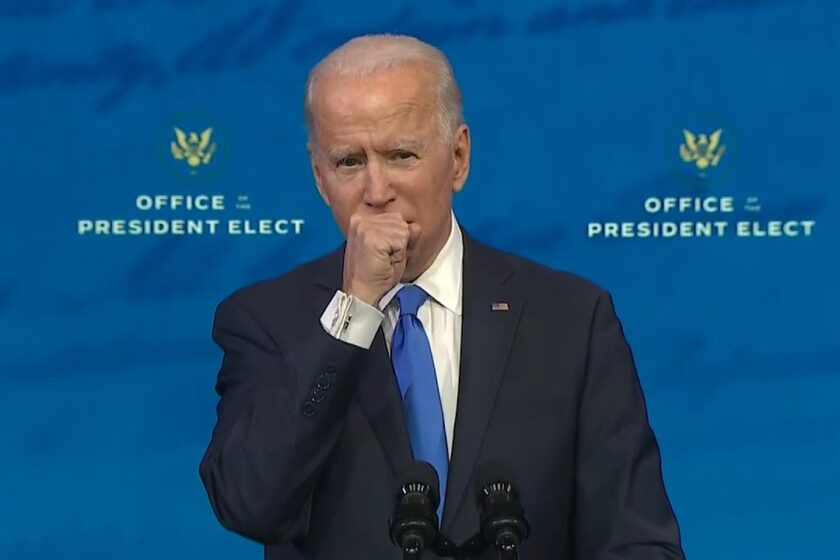 Just how healthy is 78-year-old Joe Biden, and is he mentally and physically capable of serving as President?

Almost since being sworn in, there have been concerns about President Joe Biden’s mental fitness to handle the job of President; now, his physical health is being called into question as well. The President has been exhibiting a severe cough lately – could it be indicative of a greater health problem?

White House Press Secretary Jen Psaki has dismissed any concerns about President Biden’s recent coughing fits during speeches, saying that she is not concerned when asked during a White House Press Briefing.

“Many of us were in the East Room watching the President, we’ve seen him on many occasions where he had a repeated cough. What is the situation with that cough, and is it a concern?” NBC News’ Kelly O’Donnell asked Psaki.

“I don’t think it’s an issue of concern,” Psaki said. “There’s a range of reasons why we need to clear our throat or have a light cold.”

Psaki said that Biden has a personal physician who travels with him, and he is checked regularly. Later in the press conference, Psaki was asked when Biden’s next physical examination checkup will be, and she did not know of a specific date.

Many on social media have noticed Biden’s recent coughing, inspiring the hashtag #Bidencough on Twitter.

“Biden coughing, gagging, and phlegm gurgling is making me ill. Every television speech full of this. Give the man water, PLEASE,” one user wrote on Twitter after the President’s East Room speech.

During the presidential campaign, Biden’s doctor, Kevin O’Connor, told the Wall Street Journal that Biden suffers from high cholesterol, acid reflux disease, and seasonal allergies and that the acid reflux causes him to clear his throat often.

“This may also contribute to occasional cough and sinus congestion,” O’Connor wrote in a statement. “He has received endoscopy to rule out any more significant disease.”

5 thoughts on “ALERT: Is Biden’s Bad Cough Indicative of a Greater Health Problem?”