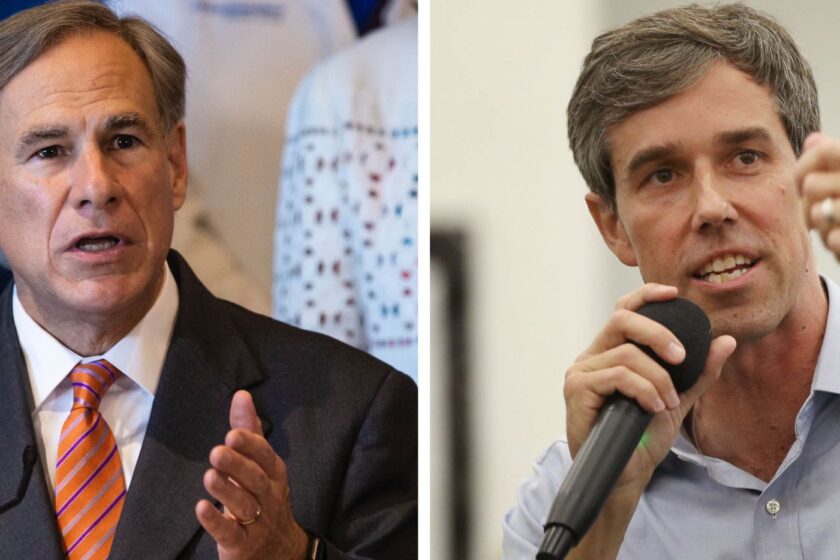 UPDATE: Beto Plans to Take On Abbott for Texas Governor!

According to reporting by Axios, former U.S. Rep. Beto O’Rourke, a Democrat, is reportedly preparing a bid to challenge Republican Gov. Greg Abbott in the Texas gubernatorial race next November.

O’Rourke is expected to formally announce his 2022 gubernatorial bid in Texas later this year, According to the outlet.

O’Rourke, a former three-term congressman from El Paso, lost his U.S. Senate bid against Sen. Ted Cruz, R-Texas, in 2018 despite raising a record-breaking $80 million in the race that gained national attention. He later failed in his bid for the 2020 Democratic presidential nomination.

Why he thinks he will fare any better in unseating Abbott is unclear, yet it seems like the former congressman is apparently hoping to restart his political career in a state politically divided by hot-button issues like abortion, immigration, and COVID-19.

“We hope that he’s going to run,” Gilberto Hinojosa, the state chair of the Democratic Party, told Axios. “We think he’ll be our strongest candidate. We think he can beat Abbott because he’s vulnerable.”

Abbott’s “prohibition against mask and vaccination mandates have not gone over well with Texans,” Hinojosa continued. “And with the abortion law, Republicans have raised the anger level of Texas women higher than anyone has ever seen before.”

David Wysong, O’Rourke’s former House chief of staff and a longtime adviser, sought to shoot down the rumors when reached by Axios, saying, “No decision has been made.”

Still, Axios reported that O’Rourke has been calling political allies to solicit their advice, “leaving them with the impression that he’s made his decision to run.”

A new poll for the Dallas Morning News shows that O’Rourke has cut Abbott’s lead from 12 percentage points to five in a hypothetical matchup, while actor Matthew McConaughey, another potential challenger, has soared to 9 percentage points ahead of the governor.

Abbott’s office did not return Axios’ request for comment.

6 thoughts on “UPDATE: Beto Plans to Take On Abbott for Texas Governor!”