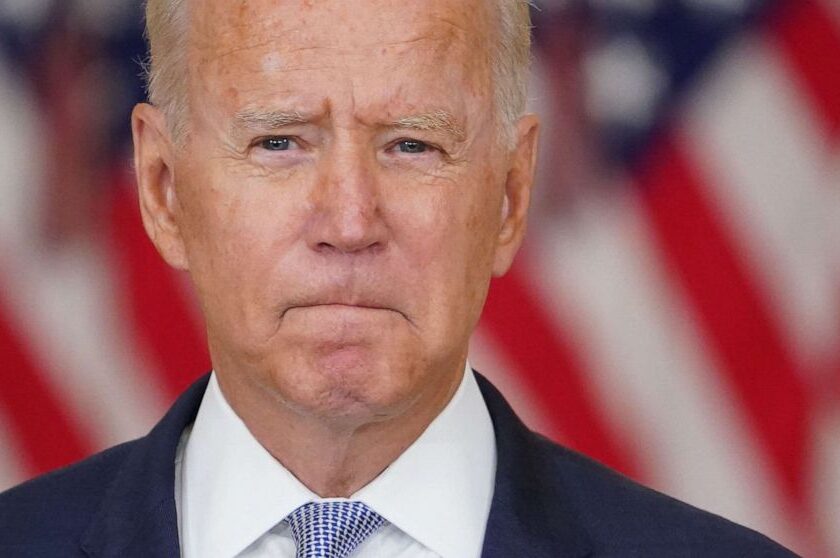 NOTICE: Biden Tries to Shift Blame for His Mistakes in Afghanistan

While being mired hip-deep in his failures in the region, Joe Biden – not surprisingly – is trying to shift the blame for the deadly debacle in Afghanistan.

During his most recent speech on Afghanistan, even while claiming to “take responsibility” for his devastating decisions, the President still did a lot of finger-pointing and shifting the blame when it came to some specific failures.

For example, the hundreds of Americans left behind? That was their fault, not his. Biden said that those individuals were notified 19 times “with multiple warnings and offers to help them leave Afghanistan, all the way back as far as March,” adding that most of them were dual citizens, anyway.

For the rapid and “unanticipated” fall of Kabul, Biden pointed the finger at the Afghan army and said he’d instructed his team to prepare for that eventuality. Plus, he had to withdraw quickly because of the deal his predecessor, former President Donald Trump, cut last year with the Taliban. And some errors were simply unavoidable, he argued. “The bottom line is, there is no evacuation from the end of a war that you can run without the kinds of complexities, challenges, threats we faced,” Biden emphasized in a roughly 30-minute White House address. “None.”

As one might imagine, Biden spent little or no time dwelling on his own broken promises — including a vow to fly out any U.S. citizen who wished to leave — and instead delivered a defiant address to close out America’s longest war, defending his handling of the exit, pointing to “corruption and malfeasance” in the Afghan government that the U.S. spent far too long supporting, slamming his critics as downplaying the costs of the armed conflict and arguing the country must move past the “War on Terror” that began almost exactly 20 years ago.

He then left the podium, taking no questions.

Biden’s refusal to own up to his failures and his finger-pointing is only the latest instance of the President digging his heels in on Afghanistan in the face of unprecedented waves of criticism, even from his traditional allies in the Democratic Party and the media. In fact, Biden has appeared more resolute and defensive the louder his critics became, appearing convinced that voters and history will ultimately reward him for ending the war despite the chaotic and deadly withdrawal.

“I give you my word with all of my heart. I believe this is the right decision, the wise decision, and the best decision for America,” Biden said.

Nut, not everyone in the administration shared the commander in chief’s confidence. “I am absolutely appalled and literally horrified we left Americans there,” one administration official told POLITICO anonymously. “It was a hostage rescue of thousands of Americans in the guise of a NEO [non-combatant evacuation operations], and we have failed that no-fail mission.”

Another unnamed White House official said that the mission isn’t accomplished if they left Americans behind.

6 thoughts on “NOTICE: Biden Tries to Shift Blame for His Mistakes in Afghanistan”