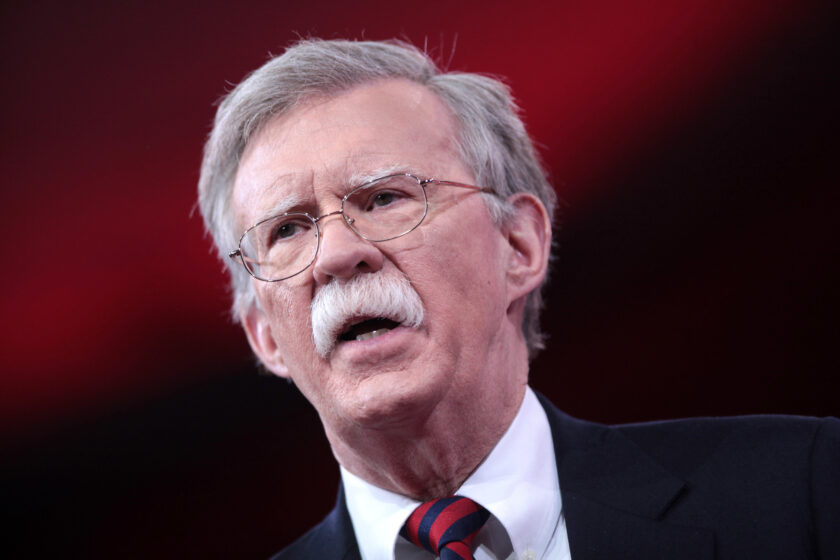 BREAKING: Former National Security Advisor Says That the Taliban Could Get a Hold of Nuclear Weapons

In what could be the greatest threat caused by Biden’s horrible failure in Afghanistan, former National Security Advisor John Bolton has said there is a good chance that the Taliban could obtain nuclear weapons by cozying up to Pakistan.

John Bolton blasted President Biden’s botched handling of the military withdrawal from Afghanistan and said it could lead to the Taliban getting nuclear weapons.

“The Taliban in control of Afghanistan threatens the possibility of terrorists taking control of Pakistan … that means maybe 150 nuclear weapons in the hands of terrorists,”  Bolton told John Catsimatidis in an interview on his radio show this past weekend.

“China, which already has a lot of influence in Pakistan, is going to increase its influence and put more pressure on India. This is a big development in that part of the world,” he continued.

The White House scrambled to rescue American citizens and Afghan allies after the takeover, but the operation turned into chaos as thousands of Afghans streamed toward the airport in Kabul in an attempt to flee Taliban rule, and 13 US service members were killed in a suicide bombing by ISIS-K terrorists.

Bolton said Biden embarrassed the US on the world stage, and now allies are “wondering if he has a grip on his own administration’s foreign policy.”

But Bolton praised Biden for his nuclear submarine deal with Australia that irked France so much it canceled a gala and recalled its envoys from the US and Australia.

“It’s a huge step forward for us in the Indian Ocean and the Pacific Ocean. It’s a real signal to China that we are determined not to let them just run wild,” he said.

Bolton also said he doesn’t think the Biden administration is “focused” enough to deal with the threats posed by China.

“I think the United States must look at China and the threat it poses across the board. They’ve been stealing our intellectual property for decades … They discriminate against foreign companies and investors. They manipulate the World Trade Organization. They are building up their military… And they are very aggressive politically,” Bolton said.

“The United States needs to come to grips with this threat … and needs to be prepared for a long struggle across the full spectrum of potential power — economic, political and military … I don’t think the administration is focused,” he said.

3 thoughts on “BREAKING: Former National Security Advisor Says That the Taliban Could Get a Hold of Nuclear Weapons”