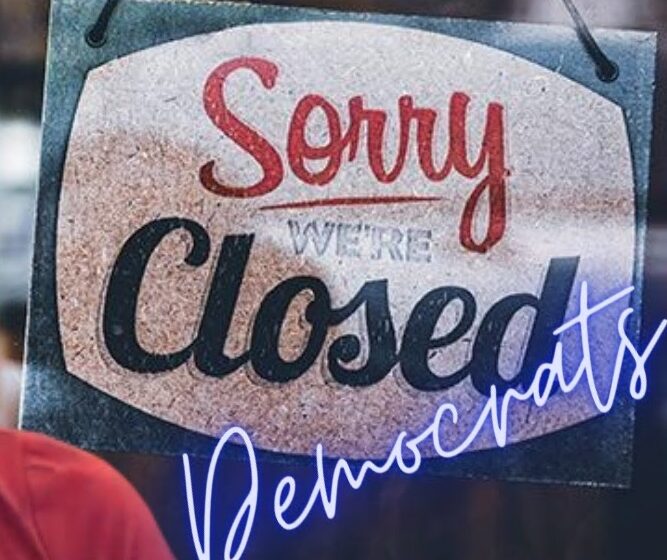 BREAKING: Owner of a Florida Diner Has Barred Biden Supporters

No doubt you have seen a sign in dining establishments that says, “We Reserve the Right to Refuse Service to Anyone. Apparently, the owner of a local dinner in Florida has chosen to exercise that right on anyone who voted for Joe Biden!

Blaming President Joe Biden for causing the deaths of 13 US service members killed in the Kabul suicide bombing in Afghanistan, the owner of a Florida diner is telling President Biden supporters there are NOT welcome in her establishment!

A sign posted in the window of the DeBary Diner flatly tells would-be customers to turn around if they back Biden and his administration following the deadly attack by ISIS-K at the Kabul airport.

According to local TV affiliate WOFL, the blunt sign on the diner reads, “If you voted for and continue to support and stand behind the worthless, inept and corrupt administration currently inhabiting the White House that is complicit in the death of our servicemen and women in Afghanistan, please take your business elsewhere.”

Angie Ugarte, who has owned the restaurant in DeBary for five years, said she posted the sign after she learned of the suicide bombing that also killed nearly 200 Afghans. She intends to keep it up as long as Americans are stranded in Afghanistan, WOFL reported.

“It was the only thing I felt like I could do,” Ugarte told the station. “I was just angry; I was just let down. I felt like one of those mothers or wives or sisters who were going to get that knock on the door.”

Ugarte said a lot of her regular customers at the diner — which boasts the “tastiest” Cuban sandwiches in town, according to its website — are military vets. An entire wall inside is devoted to service members featuring military photos, flags, and other décor, video shows.

“They have coffee every morning,” Ugarte said of the local vets.

Reaction from customers, however, has been mixed, Ugarte said.

Regardless of the response, it causes, Ugarte said the plain-spoken poster is there to stay for now.

“If you really, really still stand behind what’s allowed this to happen in the way that it has happened — which was unnecessary — then I really, really don’t want to be associated with you in any way, and I certainly don’t want your business,” she continued.

But at least one Florida man told the station he was put off by the sign and wouldn’t be sitting at a table there anytime soon. For that man, this reporter has two words, and they are not “Happy Birthday.”

2 thoughts on “BREAKING: Owner of a Florida Diner Has Barred Biden Supporters”