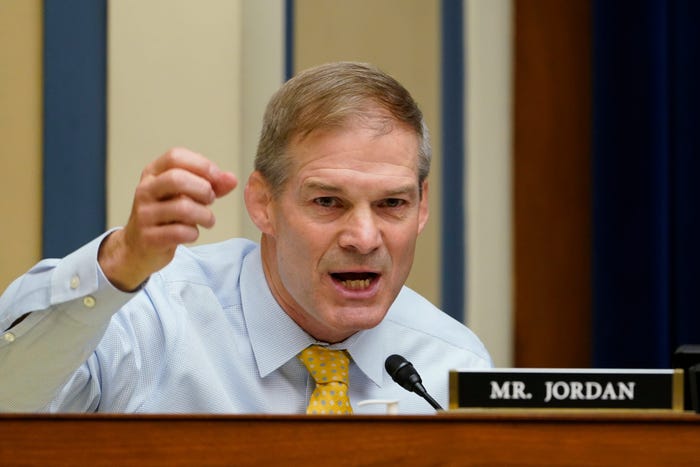 Leading GOP Representative Jim Jordan is calling for President Joe Biden’s resignations over his botched withdrawal from Afghanistan that cost the lives of American soldiers.

“What happened in Afghanistan was wrong. It was terrible. But frankly, it wasn’t surprising because what has this guy done right?” Jordan said, speaking on Fox News’s “Justice with Judge Jeanine” recently. “Everything this guy touches, it goes bad. That’s why I said he should resign.”

“Thirteen service members killed, Americans left behind, allies left behind, billions of dollars of equipment and weapons left behind. And some of the Afghans who have come to America haven’t been properly vetted,” he continued.

Biden’s August 31 deadline to withdraw all US troops from Afghanistan prompted a swift Taliban takeover of the country. Just days before Kabul fell to the Taliban, Biden said in a press briefing that “the likelihood there’s going to be the Taliban overrunning everything and owning the whole country is highly unlikely.”

As we now know, that prediction was way off.  The situation quickly escalated, and Americans and Afghans alike have for weeks tried to flee the Taliban. In response, the Biden administration has been frantically trying to evacuate Americans and fearful Afghans out of the country.

But along the way, US rescue efforts have struck obstacles, including a devastating Kabul airport attack that killed 13 US service members and an estimated 169 Afghans.